I was in Paris last week in order to give some lectures for a continuous training curriculum where I teach mostly 3D reconstruction and optical flow computation. Preparing these lessons has kept me busy a few nights, but we had again this year some very positive feedback about our way of teaching those sometimes complex matters.

A huge part of our students satisfaction comes from the many demos that we’re using to illustrate the various formula that pop up during the lessons. Starting this year, I’ve decided to start sharing the code for some of them on Github!

The first one is already online. It’s a Qt 5 + OpenGL 3.2 application that shows the links between the coefficients of the intrinsic/extrinsic camera matrices and the content of the images. Right now, it relies on QtCreator, OpenGL and Eigen 3 to build correctly, and it’s developed on macOS only. I had some success building it on Linux with some minor tweaks in the OpenGL and Eigen include paths. My current roadmap for this project is to switch to CMake as build system in order to have a portable way of creating and building the project, then some minor code improvements (my coding style and abilities have evolved a lot in the past 3 years).

In the meantime, you’re welcome to fork, clone, report issues, contribute through pull requests… and I hope this code may be useful in your own lessons! 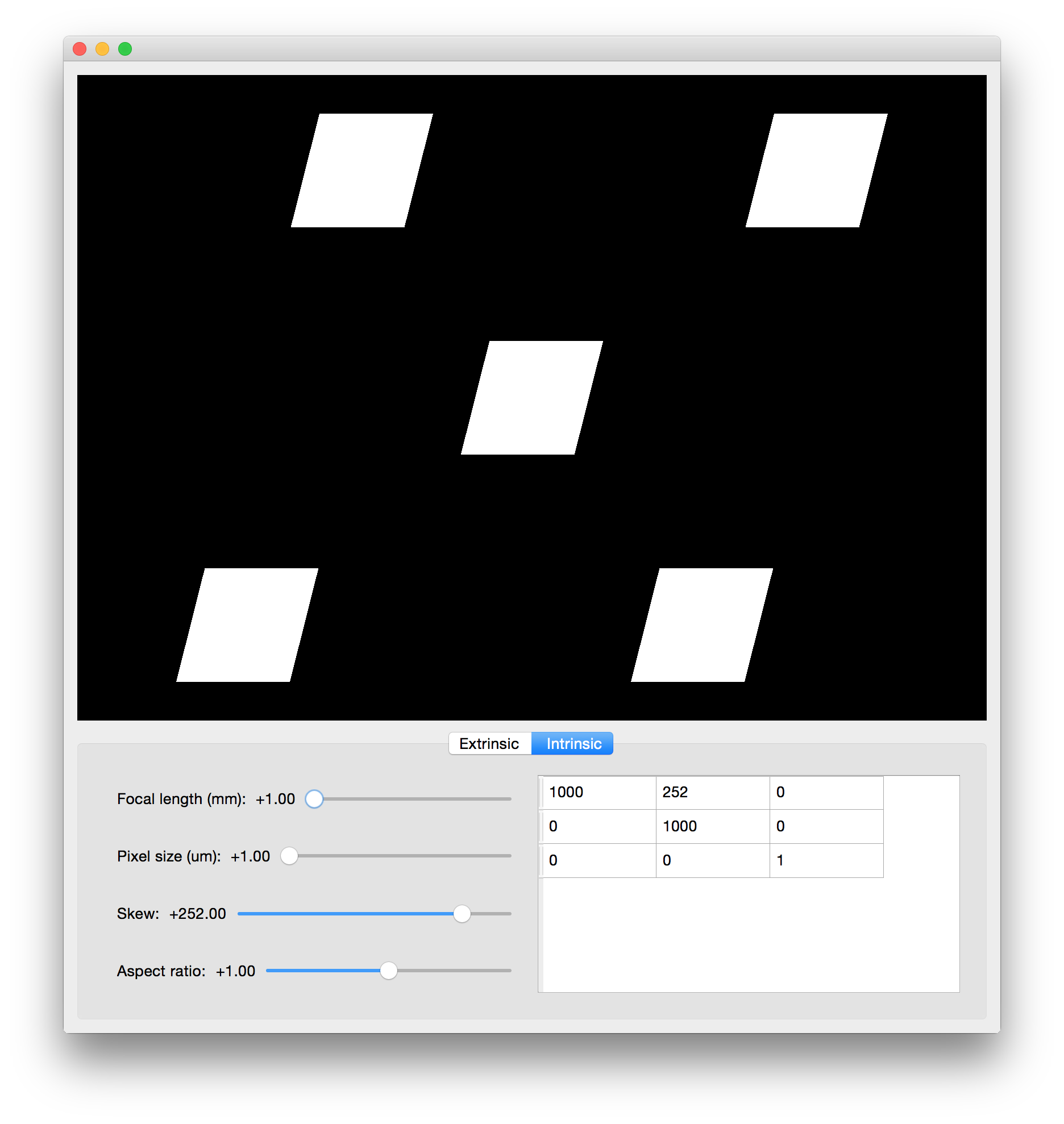